Oulu is the European Capital of Culture 2026

The international jury chose Oulu as the European Capital of Culture for the year 2026. The jury announced the winner at a press conference today at 12.30. Competing for the title of European Capital of Culture alongside Oulu were Savonlinna and Tampere. The victory of Oulu will be celebrated together with the citizens on 8th August at Varjo-Piknik summer party in Oulu’s Kuusisaari.

”We are beyond happy about the win and the opportunities that the European Capital of Culture position opens to Oulu and the whole of Northern Finland. Thank you to everyone involved, Cultural Climate Change continues.” laughs the Director of Oulu2026, Piia Rantala-Korhonen.

The Mayor of Oulu, Päivi Laajala is also happy about the win.

“On the behalf of the city and myself I want to warmly thank the Oulu2026 Bidding Team for this significant achievement and the four years of preparatory work. Oulu is truly happy about this victory. The preparations for the Cultural Capital year continue immediately. I also want to thank our competitors Tampere and Savonlinna for fair and good competition.”

The Capital of Culture year will bring international visibility to both Northern and the whole of Finland’s culture that can change Finland into a permanent cultural destination. The Oulu2026 region is wide because Oulu has been joined by 32 Northern Finnish municipalities and cities that share a common history and future.

”Cultural Climate Change will change things a lot. Oulu and Northern Finland are an inspiring and intriguing place to those who live here and to those who travel here”, tells the Programme Director Samu Forsblom.

Forsblom believes that during the Capital of Culture year in 2026 the region will have plenty of jobs in the creative industries, culturally interesting new places to visit, and neighbourhoods flourishing with culture.

The main theme, Cultural Climate Change means combining and connecting different, even surprising, things together. Through the means of culture and art, people are brought together, interaction as well as technology are improved, and art and nature are connected in unforeseen ways. The main theme has three subthemes: Wild City, Cool Contrasts and Brave Hinterland. Each theme begins with a widescale international flagship.

”There is a lot to show about Northern culture to Europe. We will see word class culture in the middle of wild nature. Snow, ice, ice holes, saunas, light and darkness, as well as four seasons are the stages of the cultural programme. Creative energy becomes visible also in city spaces, creating new inspiring cultural centres. It’s amazing that we get to implement our versatile cultural programme”, visions the Programme Director Samu Forsblom.

The handprint of the Northern operator network shows in the Oulu2026 Cultural Programme. There will be approximately 500 different projects. The Oulu2026 bid book showcases only a part of the final programme offering. Some of the projects will already begin work next year and continue their work for multiple years. In the upcoming years, it is again a time for new ideas and project calls.

”In the Capital of Culture programme, there is room for big international productions, as well as for small village parties. The programme is built together with the citizens”, promises Forsblom. 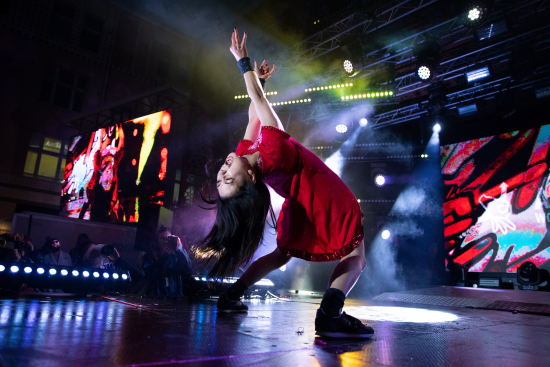